Until recently, there wasn’t data about the mental health of Canadian farmers.  Dr. Andria Jones-Bitton and PhD Candidate Briana Hagen of the Ontario Veterinary College are changing that.  Please consider making time to participate in this worthwhile project. Read on for how to take part.

Dr. Andria Jones-Bitton and PhD Candidate Briana Hagen of the Ontario Veterinary College conducted a nationwide survey on producer stress levels and resilience, with 1,132 farmers responding.  The results showed that approximately 45 percent of farmers surveyed were classified as having high levels of stress, while 58 percent were classified with varying levels of anxiety and 35 percent met the definition for depression. 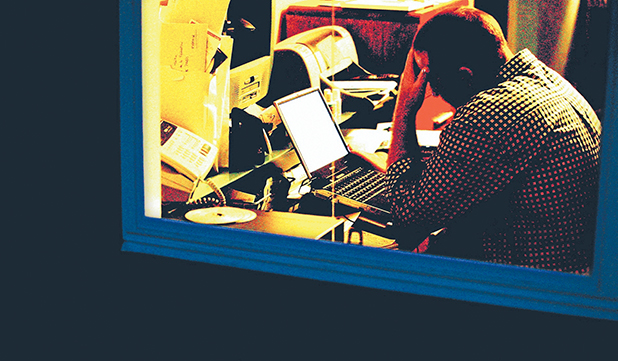 Evidence of higher than average stress levels among farmers is perhaps unsurprising given the unique patchwork of risks and challenges – drought, pests, disease, extreme weather, volatile prices, pressure to carry on family legacy, etc.  (See below for some specific stories from Dr. Jones-Bitton’s work).

However, Canadian scores were two-to-four times higher than previous studies of farmers in the United Kingdom and Norway using the same scales.  Even more alarming, the results showed that we have a long way to go on the stigmatization of mental health: 40% of farmers said that they would feel uneasy seeking professional help because of what other people might think and one-third said that seeking such help can stigmatize a person’s life.

Dr. Jones-Bitton and Hagen are passionate and committed to transforming these results into action that will leave a positive impact on our industry.  For Phase 2 of the project, they will be conducting one-on-one interviews with producers, industry support staff, government personnel, and veterinarians to discuss their thoughts and experiences with respect to mental wellness and resilience in the agricultural community, as well as hear ideas about what resources and support the industry needs.

From these interviews, a mental health literacy training program will be developed specifically for agriculture, along with a mental health emergency response model for times of crisis (i.e. outbreaks, barn fires).

Please consider making time to participate in this worthwhile project.   I, myself, struggle with anxiety, and understand the importance of the right resources, as well as overcoming the burden of stigma.

Interviews will take approximately 1 hour and can be scheduled in a location of your convenience between now and early fall.  In appreciation for your time and valuable insight, an honorarium will be provided.  Please contact Briana Hagen (bhagen@uoguelph.ca  or 306-381-8927) or Dr. Andria Jones-Bitton (aqjones@uoguelph.ca or 519-824-4120 ext. 54786) if you are interested in participating.

Here are some stories from interviews conducted in Phase I of their project.  You may not be going through this exact scenario, but share similar feelings of stress and helplessness:

“That project taught me some important lessons like just because something looks profitable in Excel does not necessarily translate into actual profitability.  That project was an unmitigated disaster from a production standpoint and the timing coincided with a run up in corn values and collapsing hog prices.  As fall turned to winter in 2012, our financial position deteriorated rapidly and losing everything that Mum and Dad had built became a real possibility.  I internalized this, blaming myself entirely for the failure of the project and causing the extra level of vulnerability for my parent’s finances.  I could not sleep nor could I communicate with loved ones as I retreated down the dark path of depression.  My self-hate knew no bounds, I would scream at myself in the barn when I made simple errors, I would be paralyzed in the seat of my car when I got to the barn, dreading actually going in to the building.”

“Everyone was frustrated and angry about the cows being sick, frustrated about losing money, frustrated that we were failing, but my husband seemed to take the full weight of our troubles onto his shoulders.  If he was in a bad mood, nothing I could say would be able to cheer him up.  He was never angry towards me or the rest of the family, but he would just be so mad some days.  I would worry when something else bad happened, fearing how he would react.  I would put a lot of effort into trying to hide as many problems from him as I could.  I was beginning to feel that I had to constantly be ‘up’ to balance him being so down.  Many days, I wanted to rant and be angry too but I bottled it up not wanting to add to his worry.”

Thanks to Jessica Kelly, Direct Farm Marketing Specialist, OMAFRA for the bulk of this post.

One thought on “Be part of a conversation that matters: farmer mental health.”

I’m looking for information on